Originally established in 1857, Hipperson has continued to evolve throughout the years, however the original ethos from the olden days, still remains at the heart of our company. "take pride in the work we produce and do it, to the complete satisfaction of our customers"

Our long and proud history began when F.R. Hipperson & Son Ltd, started trading in Norfolk in 1857. Then in 1924 the company moved its office to Broad Street Place, London, and also opened a purpose-built joinery works and plant hire depot in Dagenham, Essex.

In 1952 the company built a new office block on land that it owned; adjacent to the joinery works in Dagenham and transferred its head office from London to this new building.

The company was taken over by Greenbrook Industries plc in 1966 and its head office moved to Oxford, where it continued to trade throughout the UK as Hipperson Builders plc.

A successful management buy-out took place in 1994 with ownership and full control of the company passing to the Executive Directors. The head office was moved to Canterbury, Kent, with other regional offices established around the UK.

Towards the end of the 20th century the company split into two specialist departments, Hipperson Builders (M&E) Ltd undertaking building conservation and project works and Hipperson (M&E) Ltd working for a small number of long-established clients undertaking a variety of mechanical and electrical projects.

In September 2017 the current Directors retired and Tony Yelverton was appointed as the company's new Managing Director.

For over 150 years, Hipperson has remained committed to providing a professional service, using only highly skilled craftsmen. 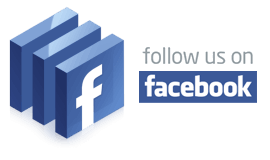